Jennings Randolph Lake and dam was built by the U.S. Army Corps of Engineers to improve water quality along the North Branch of the Potomac River and provide flood control. Made of stone and rock, the dam rises nearly 300 feet from the bottom of Jennings Randolph Lake and stretches more than 2,000 feet across the valley. The lake and its beaches serve as both a recreation destination for tourists and visitors and as a water supply source for Washington, D.C.

In 2019, the U.S. Army Corps of Engineers (USACE) needed to replace eight concrete caps that protect the structural integrity of the concrete anchoring the dam's spillway gate hinges. Over time, those caps had deteriorated. Structural Engineering Group (SEG) of Sterling, Va., served as both the engineer and contractor for the project.

When the dam was originally built during the 1970s and early ‘80s, the protective caps were placed using a portland cement concrete mix design. For the new caps, SEG specified System-K™ microfiber-reinforced shrinkage-compensating cement concrete . The material was chosen for its net zero shrinkage and low permeability characteristics to prevent delamination from occurring at the bond line where the old concrete meets the new, and to eliminate shrinkage cracking. As a result, the new caps are expected to have twice the design life of the old ones.

System-K is created using the Komponent® shrinkage-compensating cement additive, K-Fiber™, and locally sourced portland cement. The formula's 1/4-inch synthetic microfibers provide adequate restraint to improve the overall durability of the finished shrinkage-compensating concrete. Using the high-performance cement also reduces reinforcement requirements and increases abrasion resistance by up to 60%. It is ideal for durability and dimensional stability in mass placements, as the heat of hydration of the concrete is not negatively affected. With no tricalcium aluminate (C3A) content, the Komponent additive also improves sulfate resistance where elevated sulfate conditions are a concern.

Each cap was roughly 12 feet long by 6 feet wide and 1 foot thick. System-K was supplied by volumetric mixer, with 18 cubic yards of concrete pumped and placed in two separate pours. The protective caps were finished via hand trowel and covered with wet burlap and plastic during the seven-day cure period.

The project was completed in less than two months (Aug. 1 - Sept. 15, 2019) in ambient temperatures ranging between 60 degrees and 80 degrees Fahrenheit (16 and 27 degrees Celsius) with no challenges in production, delivery, placement or finishing during construction. All project stakeholders were pleased with System-K's performance, as well as the overall project efficiency.

USACE is looking forward to decades of protection at the dam with these high-performance concrete caps in place.

Project at a glance
HOW CAN WE HELP YOU?
We're with you from start to finish.
Contact Us 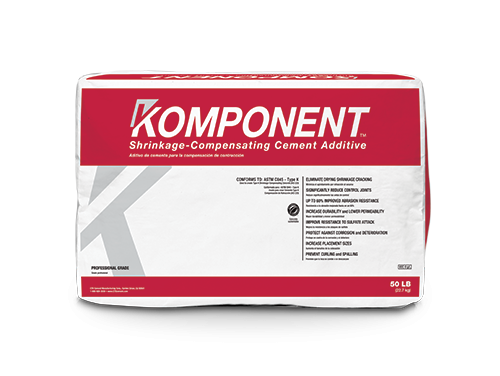 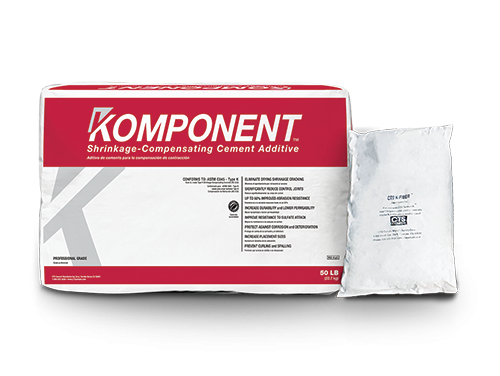